The Mission, Vision, and Origin

AKILA WORKSONGS is a communications agency founded to tell the whole truth about the power, beauty, and intelligence of African culture however it manifests in the world, especially in the U.S.

One day the whole truth about African Americans, people of African ancestry, people of color, women of color, and progressive communities at-large, will be respected by all.

In the early 90’s, April R. Silver (an aspiring writer and graduate from Howard University) thought of a way to help tell the whole truth about Black people. In 1993 she gave the idea a name and made it her business: AKILA WORKSONGS. 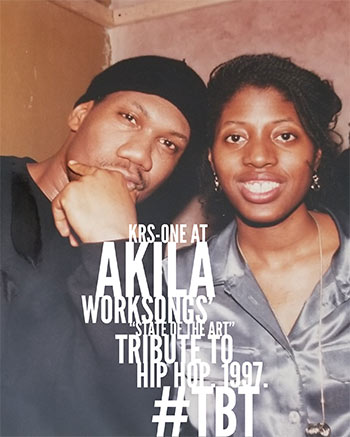 In the early '90s, April R. Silver (an aspiring writer and graduate of Howard University in Washington, DC) was yearning for a way to help tell "the whole truth" about Black people. Like most people in their young adult years, April was seeking to crystalize her mission in life. In 1993 she identified her mission and made it her business: AKILA WORKSONGS.

“Akila” means different things in different cultures around the world. For Silver, the Swahili-Arabic translation resonated with her most: “She who is intelligent.” And “worksongs” (from “work songs”) are a type of music that is rhythmically connected to labor or a particular task. In the history of African-American music, work songs have had different functions, including as a means for spiritual nourishment for an African people born free, but enslaved throughout the world. Juxtaposed, “Akila Worksongs” (now stylized as “AKILA WORKSONGS”) has emerged as one woman’s passion-filled life-long journey to help tell "the whole truth" about people of African ancestry, wherever we are in the world.

In the mid-1970s, the Silver family watched the groundbreaking mini-series Roots on television. It proved to be a life-altering experience for April. As a pre-teen and without knowing how deeply she had been affected by the atrocities depicted in this broadcast, April would vow to spend the rest of her life upholding the honor and dignity of her ancestors.

Nearly 20 years later, Silver would apply to only one college: Howard University. She was accepted and decided to major in English with a minor in African American Literature. Before graduating in 1991, Silver became aware that she was destined to create her own job. She was convinced that her rebellious and unconventional experiences at Howard had made her un-hireable in the workforce (Silver was a co-leader of a major student takeover of the university that made international news and was also the founding president of a national hip hop conference). At the end of her years at Howard, she had not prepared herself for a corporate journey but instead dreamed of a few pathways for job independence: creating a publishing company for Black writers, presenting a major Black writers conference (entitled Dem’s Fighting Words), and then maybe managing the literary career of fellow student Ras J. Baraka, son of Amiri and Amina Baraka. 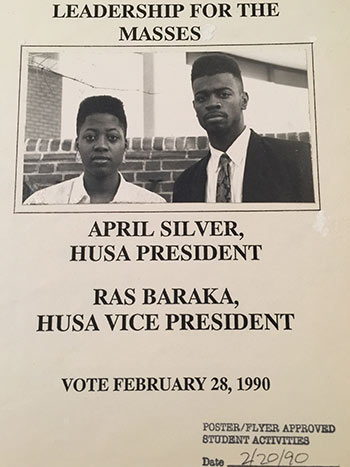 Graduating with a B.A. in English (but abandoning the Master’s program she started at Howard), Silver landed work as the full-time personal assistant to Doug E. Fresh. His goals of organizing the hip hop community around social justice issues were most attractive to her. After a short while with the hip hop icon, Silver went into the teaching profession. She taught English for a number of years in some of Brooklyn’s most impoverished neighborhoods. Even still, from the moment she left Howard, she never abandoned the idea to establish her own full-time operation, a place where her ideas about education and culture could service her community and afford her a reasonable income.

After a few years, Silver left her teaching job and began a few stints in the cultural arts and non-profit fields. By 1998, she was ready (she thought) to leave the workforce and begin her AKILA WORKSONGS business idea as a full-time, independent operation. Her community arts service projects would blossom and help sustain the business (she thought). Her plans were air-tight (she thought), so she left her day job as a marketing coordinator at a family health center on October 23, 1998. Now her “side gig” (AKILA WORKSONGS) would be her "main gig." She failed miserably. Within two months of her resignation from the family health center, her business unraveled. She took work from wherever she could find it. She went on to work for Macy’s for its Christmas season in 1998. She failed miserably. That job lasted for one shift.

Today, AKILA WORKSONGS has grown from a one-woman operation to a small team of exceptional professionals who believe in the agency's mission wholeheartedly. For more than 25 years, the company has successfully serviced a full spectrum of clients—ranging from indie artists to global foundations; from aspiring teenage novices to near-centenarian legends. For a glimpse, visit our Clients, Partners, and Friends page.

At AKILA WORKSONGS, we respect the unique essence of each human. That, coupled with our insightful experiences of how to share that essence in the marketplace, is what puts us in a category with no others. We are proud of our success stories but we haven't had enough of them just yet. And though our expertise is in communications, our abnormal motivation for operating a business in the first place is so that, ultimately, we can live in a world that is governed by balance.