Skip to content
Originally posted on AKILA WORKSONGS’ Instagram account. | Rest in peace, dear Mtume. You will be sorely, sorely, sorely missed. This is hard.
The passing of James Mtume (January 3, 1946 – January 9, 2022) is absolutely breaking my heart. I’ve not been able to concentrate on much since I got the text yesterday from a family friend. I know that death is ever-present. I’m not lost on that fact. But at the same time, the exposure to so much death, back-to-back-to-back, esp. since the unexpected passing of Greg Tate (RIP) is still hard.
Many know #Mtume as a pioneering musician, influencer, and activist. On top of those things, I also knew him as a dear friend, mentor, and as an AKILA WORKSONGS client [below, see speakers’ bureau client roster webpage archive]. I’m recalling 30 years’ worth of conversations, counsel, and coaching. There would have been no continuing the hip hop conference at Howard University if he, Chuck D, Bill Stephney, and Sister Souljah had not compelled us to institutionalize the conference after the success of the first one. There would have been no platform for us on KISS FM’s “Open Line” if he had not helped keep the door WIDE OPEN for my activist artist clients…and for me personally. And a lot of “beefs” in the community might still exist if he had not intervened and coached many of us to subjugate our egos and submit to cooler heads. Mtume was one of a kind and I’m so glad he allowed many of us into his world. He was hard core and lovingly honest. The fire in his bones was contagious. His fatherly wisdom helped mature everyone who heeded his advice.
I called him when his father passed in 2020 (RIP #JimmyHeath) and the love and respect we poured onto each other lifted us both. I melted just hearing his voice, for we had not spoken in a while at that point. We talked a few times later that year and the mutual love and respect were as strong as ever. He had been on my heart for the past few months and I had been meaning to call him – just because. I also wanted to speak to him regarding a hip hop doc that is being conceptualized. The culture owes so much to this man. We wanted def wanted him in this doc.
Words fail.
My loving condolences and prayers are in motion for his entire family. We love you so much, Mtume. We will honor you forever. 💔
– April
. . . .

This Archived Webpage for the AKILA WORKSONGS Speakers’ Bureau 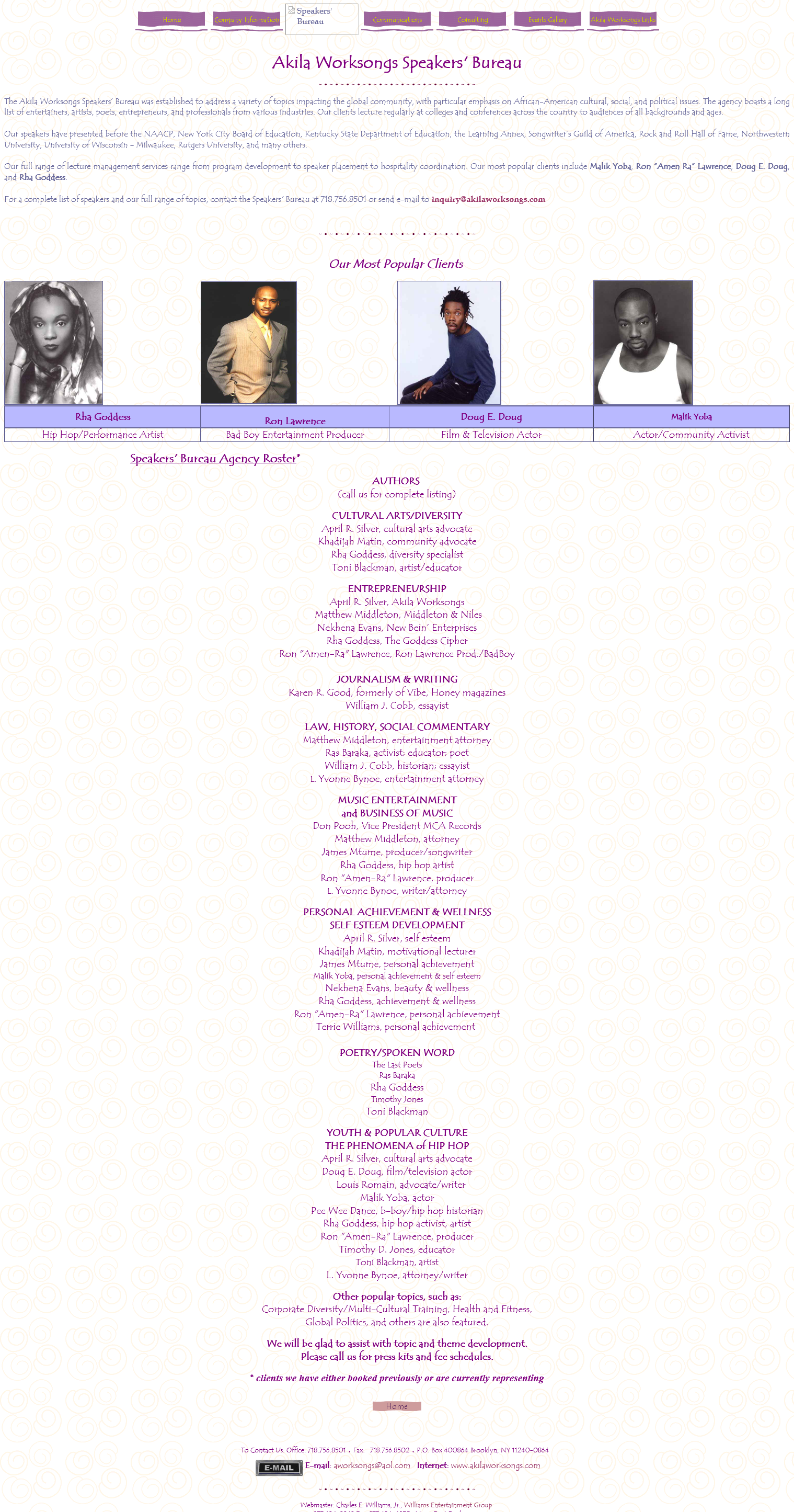