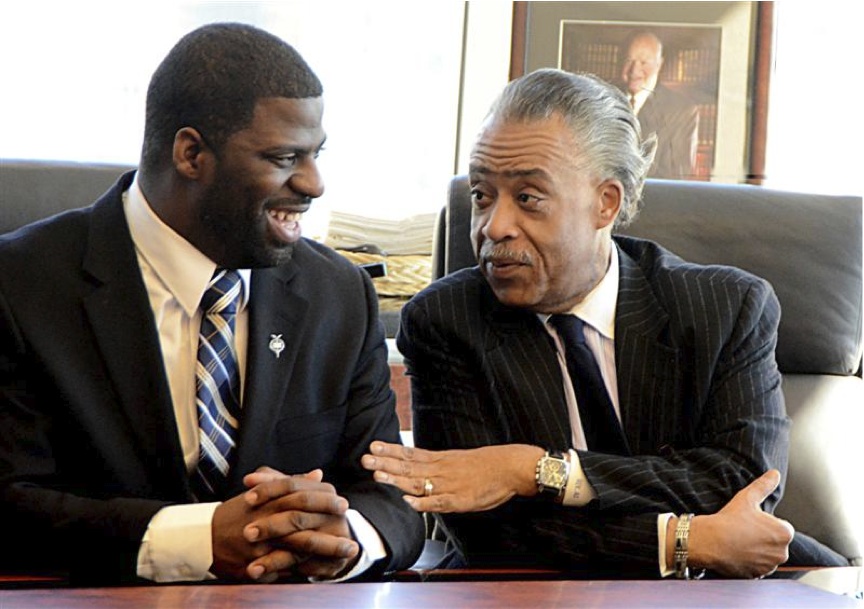 “We are asking them to get involved and give back.  Che is doing that. I am here today because I support Che “Rhymefest” Smith. If he was a negative force, I would not be here today.”
~ Rev. Al Sharpton

“Hip hop culture at its best teaches us love of self, love of family, and love of community. It teaches us to be pro-active and to ignite positive change. Che “Rhymefest” Smith‘s run for Chicago’s 20th Ward Alderman is a great symbol of hip hop as a tool for change.
His candidacy also represents the kind of dedication we all should have to our communities. What I respect most about Smith is that when he got ‘sick and tired of being sick and tired’ of the injustices in his community he decided to do something about it. He didn’t get stuck complaining, or being apathetic, and or being indifferent. He decided to stand up and give of himself. I applaud him for that and I encourage people to support his important campaign in any way that they can.”
~ April R. Silver
Editor of the anthology Be a Father to Your Child: Real Talk from Black Men on Family, Love, and Fatherhood (featuring Che “Rhymefest” Smith)
The run-off election is Tuesday, April 5, 2011.
Please vote. For more information, please visit www.FriendsOfRhymefest.com